Camstage Ltd. used its expertise and experience when Fidelity Investments sought help in hanging a tapestry in front of a screen and audio visual system in a former castle in Germany.

The mechanism to lift the tapestry had to push out quickly from a wall covered in untouchable expensive silk in the newly remodelled Villa Mumm near Frankfurt, Germany. A security guard watched the crew closely to ensure the walls were not touched.

Camstage also had little room to work at the Kronberg site. The newly created tapestry, designed to replicate one that once hung in Villa Mumm, was large. Camstage had 10mm to spare on either side of the space hosting the screen and other equipment.

There was no site visit before the installation of the tapestry hoist in July 2004. The company worked from plans, designing, building and testing the motorized hoist before it left for Germany. Once installed, the mechanisms were turned off while more work at the villa continued.

Camstage returned in October to install the tapestry and the final commissioning of the mechanisms. It was a go, the walls were fine and the tapestry quickly moved up and down so Fidelity Investments could wow potential investors.

The City of Kronberg im Taunus gave Fidelity the monument Price Award in 2004 for exemplary renovation of the historic building Villa Mumm. 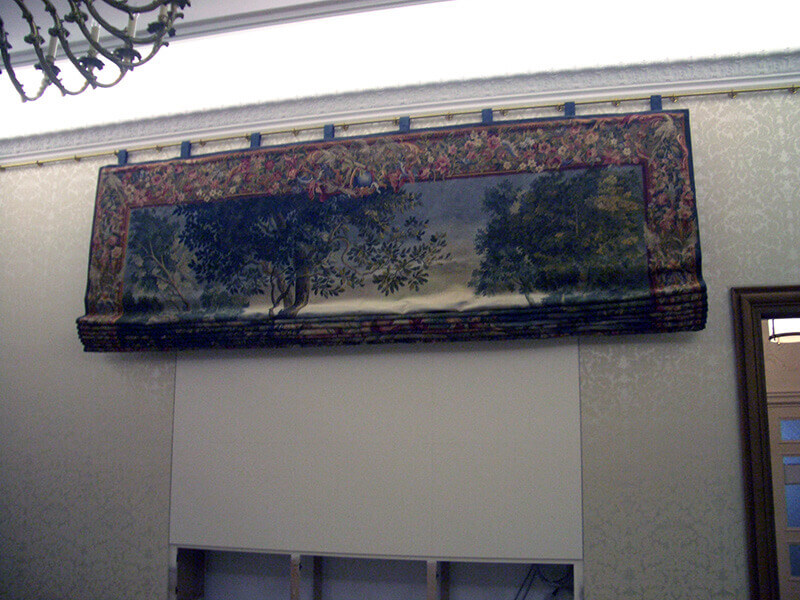 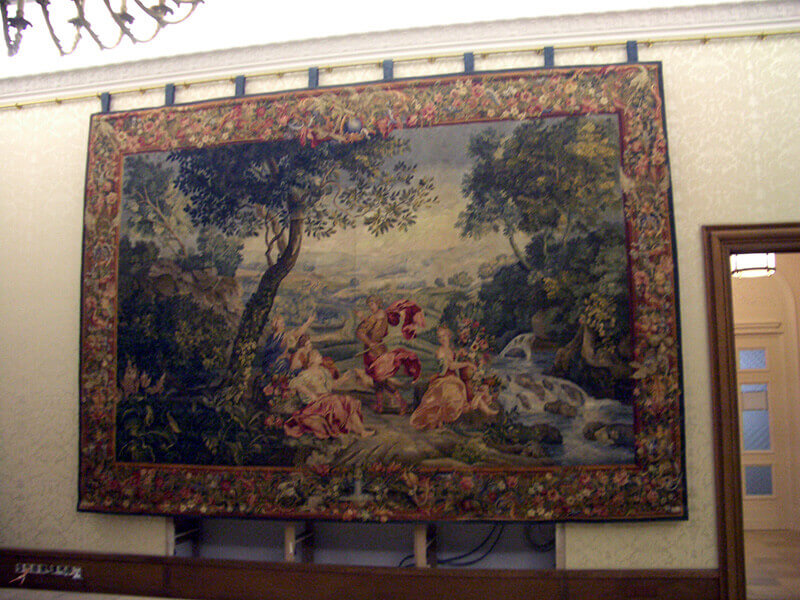