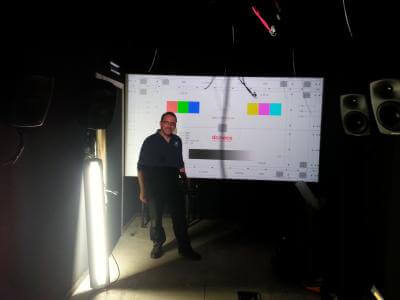 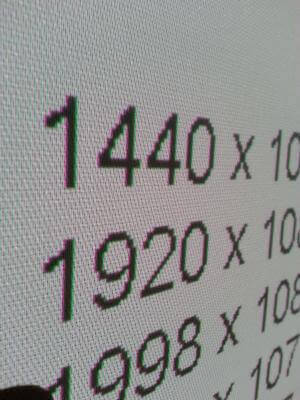 Motion Picture Solutions, a leading cinema mastering and distribution company, needed the best of everything when it was time to update its screening room. That led the company to Camstage Ltd. for the right screen.

"The client was very clear on its specifics," said Franco Camastra, co-director of Camstage Ltd., a leading cinema supplier in the UK. "The client needed the best screening room possible with all the good and great in the industry. The best of everything included seats, carpets, electronics as well as the screen and sound."

The maker of the screen room's new sound system also has strict requirements so Camstage was pleased to be a part of the renovation. Only three UK cinemas had Dolby® Atmos™ systems at the time of the install in August 2013, according to the Dolby® web site. This was a unique chance for Camstage to hear how the sound system and screen would work together.

"This was an exciting project as in addition to the Atmos installation, it also marked the first appearance of our acoustically transparent screen," Franco said. "The screen, which provides better sounds quality, has a special surface which lets sound waves travel through the material without impeding them."

The screen is a good complement to the Dolby® Atmos™ system, which lets filmmakers’ place or move specific sounds anywhere in the movie theatre. The response to the system's release in April 2012, has been fast, with 85 movies already using its capabilities.

The new screening room was complex and included building a wall and moving doors, Franco said. The renovation was made more difficult with the number of contractors involved, he said. Each contractor faced a tight schedule and was under pressure to ensure that its work matched what was revealed in project drawings.

"Being as little as 5mm off might cause another contractor a problem," Franco said. "Going over your allocated time was equally bad since that affected someone else."

The finished work also needed -- and got -- certification by the Dolby Laboratories.

Camstage expects to install more of these new screens for those wanting the best sound repesentation, Franco said. The screen is good for viewing rooms, editing rooms, home cineams, sound studios, anything with close viewing and needing unimpeded sound.

"This screen comes the closest to having no screen at all," Franco said.

Motion Picture Solutions, based in West Kensington, London, has worked film projects with some top clients in the industry. It has been creating digital cinema packages since 2006 and boasts of its high quality of service, fast turn around and uncomplicated solutions to clients needs.

For nearly 50 years, Dolby Laboratories has createed audio, video, and voice technologies for mobile devices and the cinema, home, and work. For the latest list of Dolby Atmos titles, visit www.dolby.com/atmosmovies

Camstage was formed in 1989 and is known as a leading UK supplier to the cinema and theatre industries. Besides projection screens, products include stage curtains and acoustic wall panels needed in cinemas, theatres, places of worship, crematoriums, educational facilities, home cinemas and other venues. Services include design, installation and maintenance.