Unique screen rolling up at Bangor 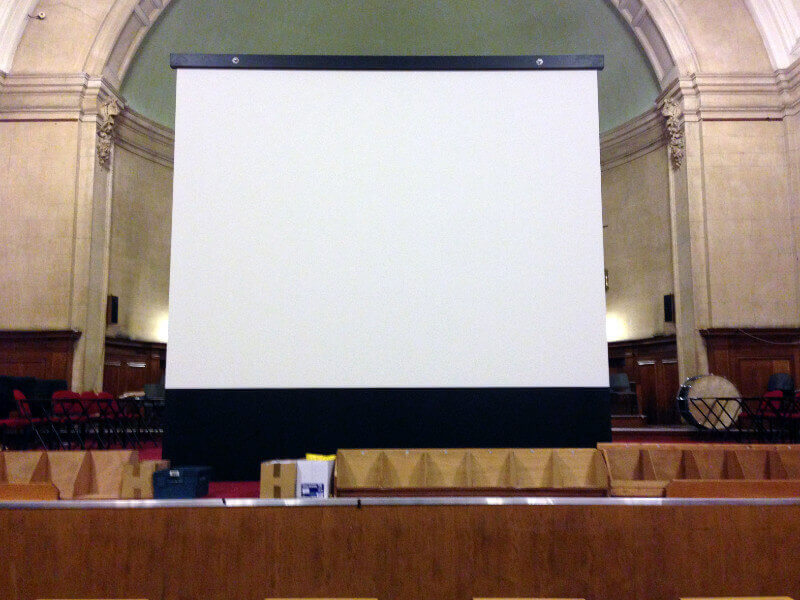 The challenges included a high ceiling, a grand organ at the back of the stage, the length of the hall and the ability to host activities as diverse as exams, ceremonies, screenings, concerts and films.

Camstage, a leading provider and installer of projection screens and other stage equipment, chose a rolling screen from MW Screens in the Czech Republic.

"The organ, which spans the stage, eliminated the option to put a screen on a wall and use curtains to conceal the screen when it was not needed," said Sue, company secretary.

The extremely high ceilings eliminated screens hanging from the ceiling, she said.

Unlike most rolling screens in multi-use rooms, this screen rolls up and is supported by sprung arms.

Camstage decided a 400 x 580cm matt white screen would meet the university's needs in the hall which has changed little since its opening in 1911.

This is the second time Camstage has worked with Bangor university to provide screen solutions. The company first worked with the Welsh University in the autumn 2012.

Many generations of students have sat exams, danced or attended graduation ceremonies in PJ Hall, which also has a long tradition of providing musical entertainment for North-west Wales.

MW Screens is a small European manufacturer founded in 1992 in Cerveny Kostelec, at the foot of the Giant Mountains, and produces high quality projection screens.