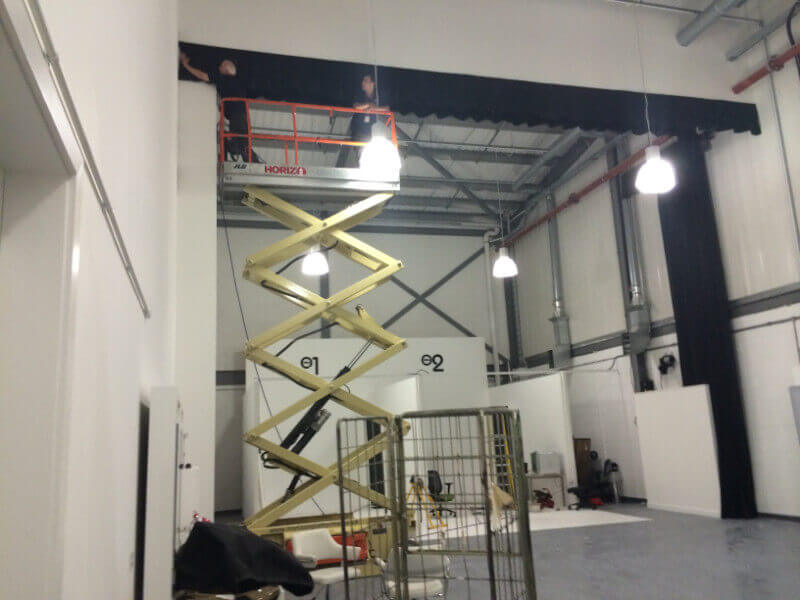 When Shop Direct, an online and catalogues retailer, needed more space to shoot pictures and videos, it turned to Camstage Ltd. for help.

Camstage, one of the UK's top vendors for performance places, was tapped to install a full blackout curtain, a curved track and valances on both sides of the track.

Franco Camastra, director of Camstage, was pleased that Shop Direct called the company back. He called repeat  customers  an endorsement of good work. "Only the companies that satisfy customers are callled back," Franco said.

Camstage was a subcontractor on an adjoining studio about three years ago.

The rapidly growing retailer needed more studio space without building a new facility. It decided to divide an existing studio space -- in one week from start to finish.

"The challenge was to build out the space so no light leaked out to the other part of the building during photo or video sessions,"   Camastra said.

Camstage turned to a curved curtain track, a self-lined curtain and two valances. With the help of a newly constructed nib, alcove and overhang, no light will contaminate the split studio when the curtain is closed, Franco Camastra said.

Camstage hung 600mm-drop valances on both sides of the bulkhead. To eliminate light leaks, Camstage used Velcro as the hanging device, stapling one side of the Velcro to the drywall and attaching the interlocking piece to the valances.

A 7125mm drop and 10800mm wide full blackout curtain is self lined so it is nice on both sides. The Camstage-installed curtain hangs from a T70 curved track that was 12500mm wide. The curve lets the curtain stack on the wall in the alcove built by Truline Construction & Interior Services Ltd. Truline also built the bulkhead (overhang) and the nib closed end.