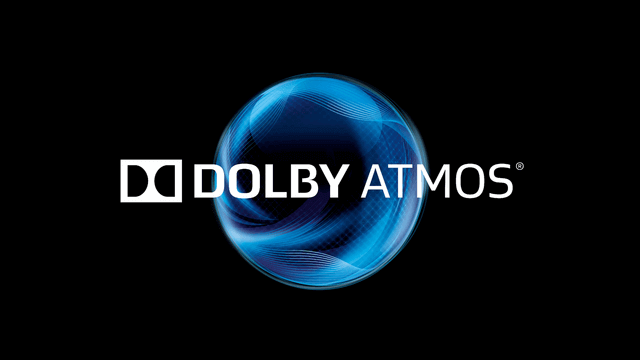 Back in April, Dolby announced its revolutionary new multi directional sound platform Dolby Atmos, which offers sound designers a brand new way to mix audio for film and play it back in cinemas.

Instead of mixing sounds to separate channels, Dolby Atmos sound makes use of up to 128 virtual objects. Each of these objects represents a virtual sound location within the cinema and the system dynamically adjusts which speaker plays a sound back, depending on how the cinema is configured.

For example if there were 128 speakers in a cinema then each sound would be designated its own speaker, however if there are less than 128 - then the system will automatically map audio objects to the available speakers. As well as front, rear and surround speakers, Atmos also uses speakers mounted above the audience for a truly immersive sound experience.

Recently Dolby offered a demo of Atmos at the Dolby Theatre in Hollywood. To show the capabilities of the new system, they played a 23-second clip from Pixar’s The Incredibles remixed with Dolby Atmos. The clip made good use of the overhead speakers; with a lightning bolt sound effect that sounded like it was coming from directly above.

One of Atmos’s many strong points is that it is able to draw out specific sounds elements, which can be used to increase drama and enhance the movie experience. This powerful sound system is designed for surround speakers to be equal in power to the speakers at the front of the cinema, making it more robust for sound designers to play around and experiment with.

The Incredibles clip was played twice, once with the full Atmos sound mix and then again with only the surround elements. This allowed the audience to see the difference and compare the two different mixes. It also demonstrated the precise control that Atmos provides. Throughout the clip using Atmos, all sound effects sounded like they were coming from extremely specific locations within the cinema, whereas the second clip, sounds only had a vague direction.

So far there are only a handful of venues with this incredible new sound technology including the Dolby Theatre and George Lucas’s Skywalker Sound. Dolby is now working with third parties to roll out Dolby Atmos to cinemas across the world.

Motion Picture Solutions, a leading cinema mastering and distribution company, decided to update its West Kensington, London, screening room with Dolby Atmos. The firmy has worked on a number of film projects with some top clients in the industry and needed a new state of the art sound system.

That change created a need for a new screen. Motion Picture Solutions chose Camstage Ltd. to install its new woven projection screen and frame. The acoustically transparent screen provides better sounds quality as it has a special surface which lets sound waves travel through the material without impeding them.

What’s next for Dolby Atmos?

Dolby VP David Gray has announced that there will be new titles for Atmos rolled out every couple of months in order to gain feedback of how the new sound system is handled in different cinema environments.

Although as yet, no film titles have been confirmed, filmmakers and cinemas across the world will no doubt be looking forward to getting their hands on this remarkable new technology. Dolby Atmos has raised the bar for cinema sound quality and in doing so the whole movie theatre experience.