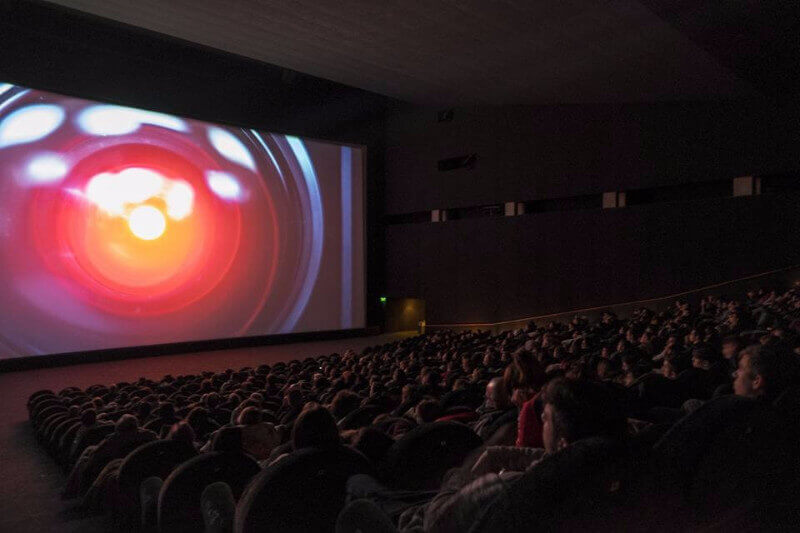 Congratulations to Arcadia Cinema in Melzo, Italy for being selected “New Screen of the Year” for its technical renovation by the International Cinema Technology Association.

Arcadia shared a video documenting the installation of the huge screen  on its Facebook page. and YouTube. (We posted it below.)

Arcadia Cinema is known for its quality cinema, and operates movie multiplexes at four locations in northern Italy. The improvements at Melzo are part of is a dream come true of Piero Fumagalli, a family businessman who had always dreamed of creating the perfect cinema.

Camstage was formed in 1989 and is known as a leading UK supplier to the cinema and theatre industries. Products include projection screens, stage curtains and acoustic wall panels needed in cinemas, theatres, places of worship, crematoriums, educational facilities, home cinemas and other venues. Services include design, installation and maintenance. Email us info@camstage.com or call +44(0) 1727 830151 for more information.